An old dorm was being imploded on the campus of Appalachian State University in Boone, North Carolina. The project manager wanted a drone video of the event, so he called Jordan Nelson, a local who was known for the entertaining videos he’d been posting  on social media.

Nelson, owner and founder of Nelson Aerial Productions, took the job. Good decision. The contractor on the project, D.H. Griffin, had plenty of more work in terms of demolitions, so Nelson became part of the package, shooting a total of 11 implosions with the wrecking company.

That body of work, compiled over the course of four years, went into “The Big Boom.” The video earned Nelson Aerial Productions the C+S Engineering Drone Video of Year award during live voting this spring at the AUVSI XPONENTIAL conference in Chicago. Footage from 10 separate projects – shot primarily with a DJI Inspire 2 drone carrying an X5S camera ¬– included demolition of the Georgia Dome, coal plants, and office buildings. The compilation, from eight projects filmed for D.H. Griffin and two for Pettigrew Inc., took 12 hours of intense editing, and effectively chronicled an entirely new business line for Nelson. 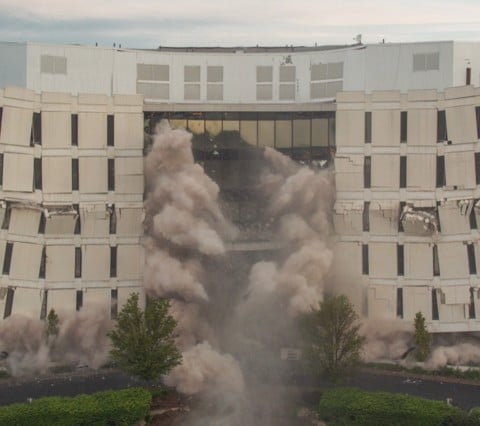 Earning the lion’s share of the more than 18,000 votes cast at AUVSI, “The Big Boom” represents a groundbreaking triumph for Nelson, who has spent countless hours in the field and in front of the computer honing his craft. Now, the world knows what he’s been up to the last few years.

“This is a huge honor,” Nelson said. “All the hard work paid off knowing people saw it and appreciate the creativity and effort. Every video I create, I want it to be better than the last one.”

Nelson, 30, did not go to college for what he does for a living. Self-taught with the help of YouTube, online tutorials, and old-fashioned trial and error, he graduated from Appalachian State with a degree in Geography, and only jumped into serious video production after college.

So, the story begins on the ski slopes around Boone. Using GoPro cameras, 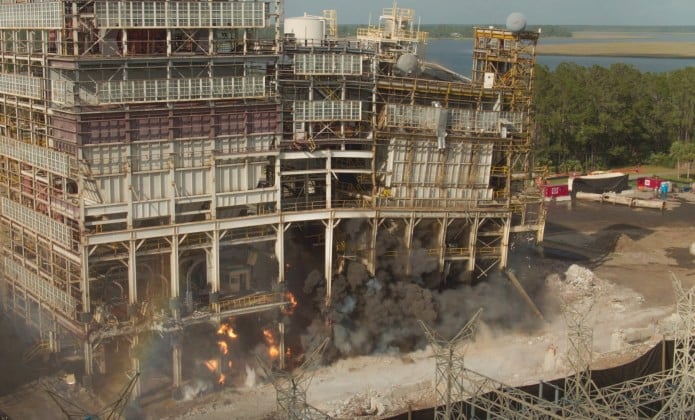 So, the story begins on the ski slopes around Boone. Using GoPro cameras,

Nelson captured his snowboarding adventures and posted them to social media. He took a keen interest in how the cameras were mounted, and when he saw one attached to a drone, Nelson was hooked. Moving beyond snowboarding, he ventured into aerial shots in and around Boone, situated in the scenic Blue Ridge Mountains. And it was those videos, not so much the snowboarding pieces, that captured the public’s imagination – and caught the eye of the project manager on the dorm demolition.

“He just decided to call me up,” Nelson said. “That phone call started all of it.”

Fast-forward to today, and Nelson is enjoying the payoff, both in contracts and in notoriety. The Boone Chamber of Commerce honored his big AUVSI win with a major press release.

Not content to sit still, Nelson plans on expanding his production team, and cracking into yet another business unit, inspections. Nelson also documents natural disasters, such as hurricanes Matthew and Florence in 2016 and 2018, respectively, the 2015 flood in Columbia, South Carolina, and the 2017 flood in Boone, which garnered a plump one million views on Facebook.